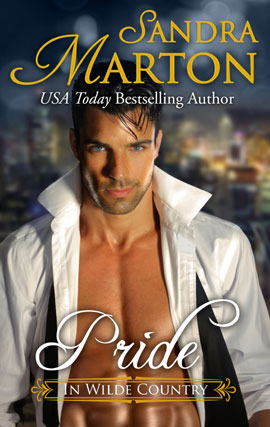 Luca Bellini is tough. He’s had to be, to make it to the top. Luca grew up the son of an emotional Sicilian mother and a cold American father and learned, as an adult, that his entire life was a lie. How did he deal with that? By believing in control. In being in charge. Cheyenne McKenna is tough, too. She’s had to be, to make it to the top. Cheyenne grew up without a father, and with a mother who saw her as something to trade for cheap whiskey. How did Cheyenne deal with that? Right. By believing in control. By being in charge.

Cheyenne and Luca meet by accident. The sex sizzles, but Luca wants more. He wants to be in control. He wants dominance, and it doesn’t take long before he decides that the way he can achieve it is by leading Cheyenne into a world of silk scarves and velvet blindfolds, wide beds and lightly-bound wrists. But Luca is in for a lesson, too. He’s going to learn that what really separates them is not a fight for power but the folly of pride.