Book: Out For The Count

Series: Worth The Fight #3

Bracken Kelly is a hardass. An undercover narcotics detective who’s gotten in too deep with a biker crew and landed himself in big trouble with Internal Affairs. Posing as a boxer and uncovering the meth being run out of Reno’s toughest underground MMA fight club is the only way to clear his name, but he’ll need to convince a female featherweight with a smart mouth and a hotter body to let him train her, first.

Huntley Wittaker left a lot behind when she moved to Reno—her family business, her overprotective brothers, her psychopathic ex-boyfriend and her Southern Belle persona. In Nevada, she can be whatever she wants to be. And what Huntley wants to be is a fighter. All she needs is the right trainer. The domineering brute of a biker who answers her ad isn’t it, but he’s all she’s got.

Bracken has a job to do and this time, he plans on succeeding, even if that means getting sweaty with Huntley outside of the ring. But as he and Huntley grow closer and Bracken’s lies turn into truths, they’ll be faced with a different kind of fight—the one for each other.

I admit, I seem to have a turbulent relationship with Michele Mannon’s Worth The Fight series. In the first book, I simply couldn’t click with the premise, in the second, though I stumbled at the beginning, I caught up and loved it, and this one, I find it hard to explain how I felt. Which is why I’m going smack in the middle in my rating.

Bracken Kelly is an undercover cop. We met him in the previous book as the brother of the hero, MMA fighter turned model, Caden Kelly. Since he was still undercover and going through some tough stuff, we never got a chance to know him.
We’ve watched all the cop shows, we know what we’re dealing with when it comes to undercover cops who get involved with gangs who fight and deal drugs and god knows what else. So, by the time we meet him again, Bracken is not in a good place psychologically.

END_OF_DOCUMENT_TOKEN_TO_BE_REPLACED 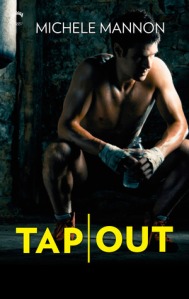 Series: Worth The Fight #2

Late-night shock jock Sophie Morelle has been fired, dumped by her network after an embarrassing incident cost them big bucks. But she knows just how to get back on her feet—by filming a raw, gritty documentary about MMA fighters, starring the hottest welterweight around. The only problem? He’s the one responsible for ruining her life.

MMA-champion-turned-model Caden Kelly is hell-bent on reestablishing himself as the best fighter in the country. He’d been on a roll, too, until that loudmouth reporter hit him in the head with a camera on national TV. The headaches he’s suffered since are nothing compared to the one he gets when she shows up, seeking an exclusive. That Sophie’s gorgeous is undeniable…but she’s also the most infuriating woman he’s ever met.

Stepping into the ring with Caden Kelly is not for the faint of heart, but Sophie’s never been the delicate type. This champion may have finally met his match—both in and out of the bedroom.

One of these days, I’m definitely going to watch some MMA matches. Not only are they real, but sounds like they’re done within a set of rules that keep the fighters safe. Plus, the men. Now, I’m not all too shallow, but a gal can always appreciate her men. And delving more into the world of MMA, and getting to know more of the fighters in this book, I sure did appreciate these men.

I have to admit, Caden surprised me. While expecting a flirtatious, shameless fighter, I met a very down-to-earth man who was much more sensible than I initially gave him credit for. He was a man with a history, and that, exactly, is the key to connect with a character. Although we’re never given any detail more than necessary, we get a few glimpses into his past through his point of view, and it was just the kind of history I could feel and relate to. Not a whole window open, but breadcrumbs spread here and there for me to understand him. END_OF_DOCUMENT_TOKEN_TO_BE_REPLACED

Series: Worth The Fight #1

Knock Out is the first book in Michele Mannon’s Worth The Fight series, and it tells the story of Keane, an ex-soldier who ignores his demons by fighting in an arena, and Logan, an ex-ballerina who’s going through a tough time and ends up on his turf.
I do admit, in addition to the plot being an interesting one, the cover itself caught my attention. Now, I’m not one to jump straight to business when seeing an attractive cover, but my eyes do linger. And this book had that ‘pick me up’ vibe and the plot then sealed the deal.

It’s a great idea to put two people who’re battling demons together and see how they do. And these two sure have a great deal going for them. For once, Keane is ex-military which means he has a lot of emotional baggage to carry around. Add to that Logan’s ballerina-turned-ring-girl situation when her whole life has been about ballet, and this story had potential to be a roller coaster of emotions. But, the beginning still felt a bit rushed, with the introduction and the attraction quickly out of the way. I would’ve preferred to spend more time with these characters before they became tangled with each other, that way I could’ve had the chance to click with them more. That doesn’t mean, of course, that I can’t read through who they are, but we don’t get many chances to delve into the depths of their personalities once they’re introduced to us, and that meant I was at an arm’s length away from them the whole time.